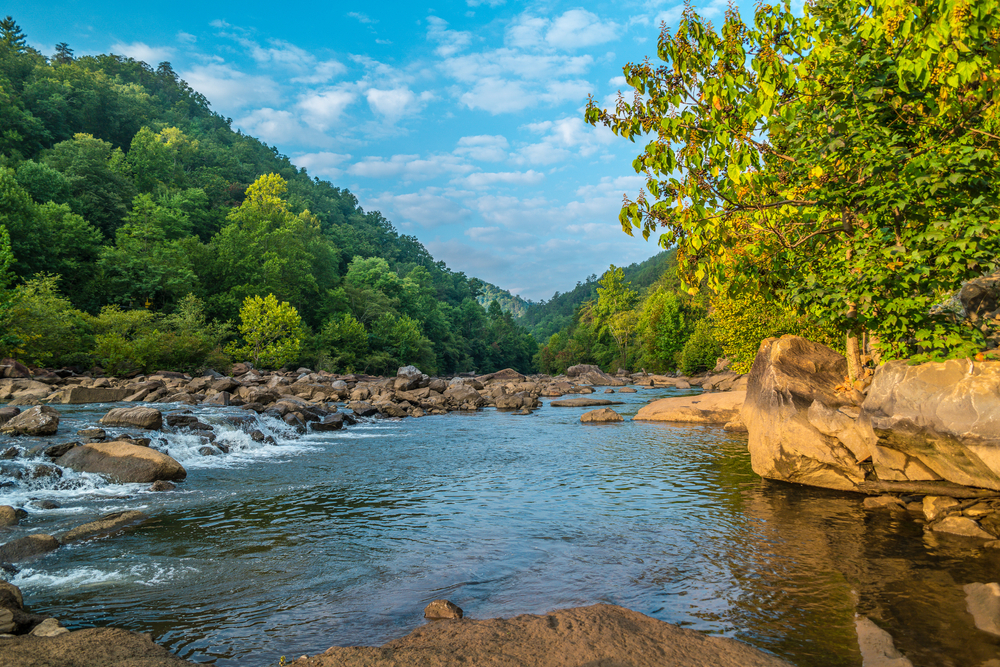 Here in Polk County Tennessee the River rushes down gulches in the Appalachian Mountains, where millenniums of water flow have cut canyons through the solid granite. The grand Appalachians had more than granite to offer settlers, however; the large veins of copper found in these mountains are as big part of the area’s history as the river itself.

The Cherokee and Copper Mining

The Cherokee Indians were the original inhabitants of the area near the river known as the Copper Basin. In fact, the name Ocoee hails from them, as does the river’s other name, Toccoa, the moniker the Cherokee gave to the part of the river that runs through Georgia into Polk County Tennessee.

In 1836, the Treaty of New Echota started the forced exodus of the Cherokee from the area. The land, and its veins of copper, were eventually rediscovered by settlers in the mid-1800s.

The Cherokee’s small mining operations were taken over by settlers that began to remove copper from the mountains in larger quantities, a process that was difficult until it was helped by the construction of railroads.

Unfortunately, the mining process had a tremendous detrimental effect on the environment. Though the scars of the mining can still be seen today, reclamation efforts begun in the 1930s have greatly restored the natural beauty of the area.

The powerful flow of the Ocoee River itself became a source of energy in the early 1900s, when the Eastern Tennessee Power Company undertook the process of damming the river to produce hydroelectric power. More than one dam was built to harness the water, changing the flow of the river.

The operation came under the control of the Tennessee Valley Water Authority (TVA) in 1939. In the decades that followed people took notice of the rapids created by the dams, and soon thereafter outdoors enthusiasts started coming out with rafts to ride the whitewater.

The arrival of rafting the Ocoee River in the area led to a struggle with the TVA over the river’s use, which culminated in a 1983 agreement to schedule releases of water from the dams for the use of whitewater rafters. With this agreement came the advent of commercial whitewater rafting as well as competitive rafting, kayaking, and other water sports. This set the stage for the river to become a famous location when it was cast in the limelight of the 1996 Olympics. Sadly the contract for recreational releases will expire in 2018.

When Atlanta won the honor of hosting of the 1996 Olympic Summer Games, they chose the Ocoee to be the location for the whitewater events. With a wide area along the upper Ocoee offering an ideal space to set up viewing for spectators, creation of a new course was begun. In July of 1996 more than 15,000 people arrived in the area to watch the whitewater canoe and kayak competitions, and the world’s eyes were on this small rural area in Polk County.

The expansion and improvements made for the Olympics – and the added exposure brought by the Games – transformed the area into an even more popular location for whitewater rafting. With the worldwide attention and publicity it received, the river quickly became one of the most popular whitewater rafting destinations in the United States.

Today Polk County is home to a large number of companies offering whitewater rafting adventures for people of all skill levels. It draws more than 250,000 annually to try their hand at running the river, creating a strong and vibrant tourism industry that helps the area thrive.