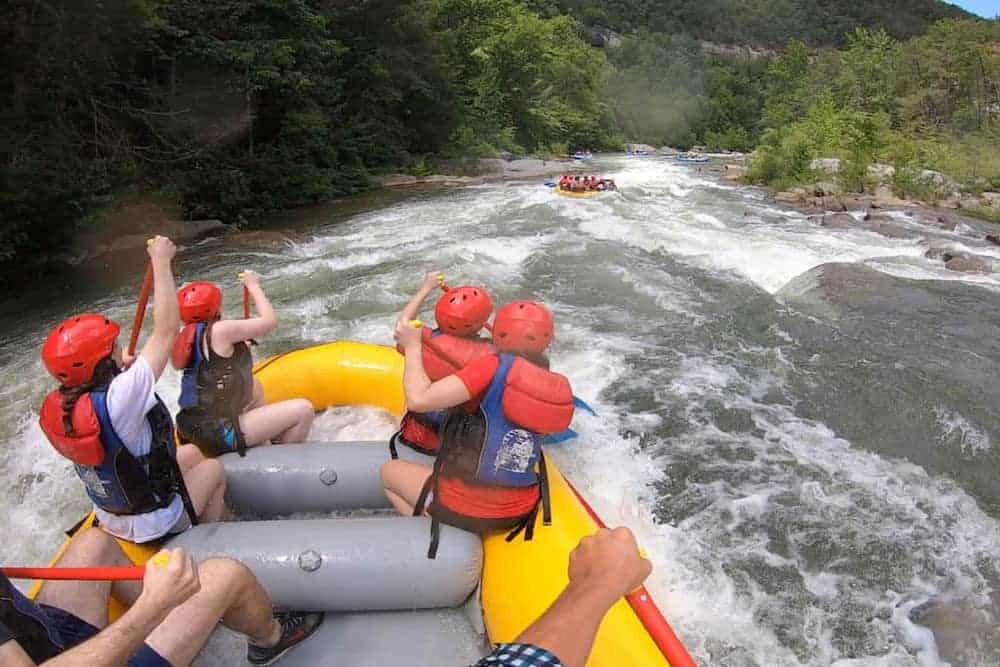 If you will be joining us for a whitewater rafting adventure on the Ocoee River, we have a few movie recommendations to tide you over! Whether you prefer a breathtaking thriller, hilarious comedy or a classic western, this is the perfect time to enjoy a selection of Hollywood’s best films that feature white water rafting! Here are the top 4 movies to get you excited about rafting on the Ocoee River: 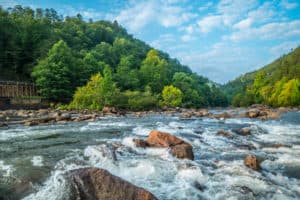 The River Wild is a 1994 action film featuring some of Hollywood’s biggest names. Meryl Streep stars as a former Montana river guide on the Salmon River in Idaho. The goal of the rafting trip is to bring the somewhat dysfunctional family together. Things take a turn for the worse when they bump into some shady characters on the river! These rafters, including one played by Kevin Bacon, have sinister intentions and will have you on the edge of your seat during this white knuckle thriller!

If you prefer something a little lighter with lots of laughs, you won’t want to miss Without a Paddle from 2004! This wacky comedy features Dax Shepard, Seth Green and Matthew Lillard as childhood friends reuniting for an outdoor adventure. Their hilarious escapades include canoeing over a waterfall, getting lost in the wilderness and plenty of other hijinks as they track down some lost treasure. This fun watch offers some stunning whitewater shorts and a bit of wilderness camping. It is an excellent option to get in the mood for rafting on the Ocoee River!

3. River of No Return 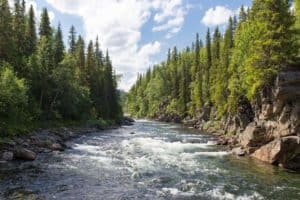 River of No Return is a 1954 classic American western that stars Robert Mitchum and the iconic Marilyn Monroe! Mitchum plays Matt Calder, a farmer recently released from prison who tries to begin a new life in the northwest wilderness with his young son after his mother dies. However, a cunning gambler named Harry Weston beats and robs Matt of all his savings. Weston’s fiancee Kay Weston, played by Monroe, stays to nurse Matt back to health but Matt longs for revenge. Kay and Matt then embark on a dangerous trip down the river after Harry. They battle river currents and other challenges along the way!

Another movie to get you excited about rafting on the Ocoee River is 1972’s Deliverance. Some may consider it the ultimate river movie! The film follows four Atlanta city dwellers, played by Burt Reynolds, Jon Voight, Ned Beatty and Ronny Cox, who decide to take a multi-day canoe trip on the Cahulawassee River in northern Georgia. Unfortunately, their relatively peaceful trip becomes a nightmare as they encounter river rapids, unwelcoming locals and other dangers! The group works together to battle their way out of the valley. You’ll love this jaw dropping adventure that showcases the thrills of white water rafting!

Now that we have you excited about rafting on the Ocoee River, check out all of our Ocoee River trips today to plan your white water rafting adventure! We look forward to seeing you soon!